SNOW IN THE SUBURBS

Thomas Hardy’s “Snow in the Suburbs”, a similar, but much shorter poem, adds the emotion of pity, so characteristic of this author, which he here renders with a rueful humour, at the plight of birds and animals in the wintry season.

Every branch big with it,
Bent every twig with it;
Every fork like a white web-foot;
Every street and pavement mute:
Some flakes have lost their way, and grope back upward, when
Meeting those meandering down they turn and descend again.
The palings are glued together like a wall,
And there is no waft of wind with the fleecy fall.

A sparrow enters the tree,
Whereon immediately
A snow-lump thrice his own slight size
Descends on him and showers his head and eyes,
And overturns him,
And near inurns him,
And lights on a nether twig, when its brush
Starts off a volley of other lodging lumps with a rush.

The steps are a blanchèd slope
Up which, with feeble hope,
A black cat comes, wide-eyed and thin;
And we take him in. 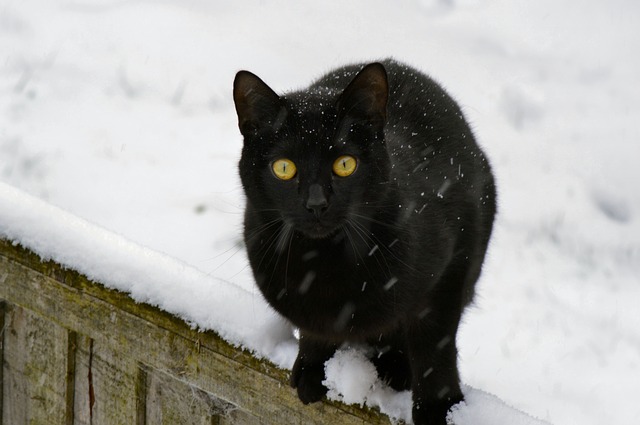