Wilfrid Owen, an Infantry Officer in the Artists’ Rifles during the first World War, thus described his own writings: “My subject is War and the pity of War: the poetry is in the pity.”
His poem “Futility” pities the dead fellow countrymen, and questions the purpose of life in its cosmic setting:

Move him into the sun –
Gently its touch awoke him once,
At home, whispering of fields unsown.
Always it woke him, even in France
Until this morning and this snow.
If anything might rouse him now
The kind old sun will know.Think how it wakes the seeds, –
Woke, once, the clays of a cold star.
Are limbs, so dear achieved, are sides,
Full-nerved – still warm- too hard to stir?
Was it for this the clay grew tall?
– O what made fatuous sunbeams toil
To break earth’s sleep at all? 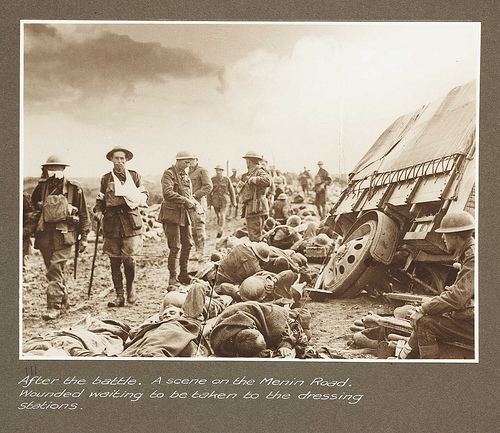