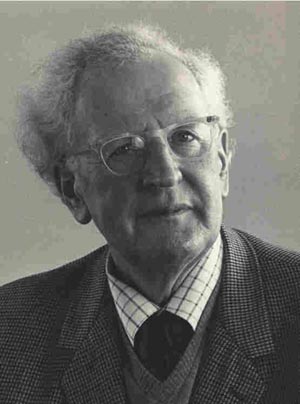 Alan Agnew Wood was born on 29th July 1907, in Tunbridge Wells, Kent. He suffered from asthma as a boy and missed many days of schooling. His mother, Emily (nee Agnew), had been a school teacher, and headmistress. His father, Charles, had a monumental mason’s business in Forest Road, trading as Wood and Wallace. Alan attended the Skinners School, Tunbridge Wells from 1919-1925, where he became head boy. He went on to obtain an English degree from Kings College, London, in June 1928. He later obtained his MA in 1932, with a distinction in English. He was employed as a teacher in Skinners School for a year from 1928-1929, and then for five years in Carres Grammar School, Sleaford, from 1929-1934. He was appointed to the post of Head of English at the Humphrey Davy Grammar School, Penzance, in 1934. He took up residence in Redhouse, which was part of the Trevelloe Estate near Lamorna, which he shared with Dennis McCarthy, the Art master at the Humphrey Davy School. He obtained a Diploma in Education from Oxford University in 1937.
In 1940 he married Eileen Nelson in Bath, after a whirlwind romance of only three weeks. Eileen was a good pianist, who read music very well and had a sensitive touch, while Alan played the violin and viola. With Mac (Dennis McCarthy) now in the Royal Navy, Alan and Eileen started their married life at Redhouse. Their son Peter was born in 1941, and their daughter Julia was born in 1944. Alan continued his work at the Penzance Grammar School until 1950, taking a special interest in cricket, the school orchestra and producing the school plays. In 1950 he moved with his family to Stratford-on-Avon, where he took up the post of head of English at the KES Grammar School for Boys. At first the family rented a thatched cottage, known as “The Cottage” in Ettington, later buying a newly built house at 19 Avon Crescent, Stratford, in 1952.

Alan was a great admirer of Shakespeare’s plays and took great pleasure in producing them in the room at KES where most of the furniture seemed to have WS cut into it somewhere! He had an excellent memory for the lines of the plays, and on occasions at the Royal Shakespeare Theatre could be heard prompting from the audience, when an actor forgot their lines. He retired in 1967 and returned to live in Cornwall, buying a cottage on a couple of acres “Chywidden” at Trescowe Common near Germoe. He lived there with Eileen until his death in 1981, working in the large vegetable garden, reading, writing, and enjoying music. During his retirement he spent many happy hours in the company of Horace and Rose Tempest, playing music with them. In 1977 he composed some musical trios for violin, cello and piano, which were probably intended for performance with Horace and Rose. Alan’s last major effort was was the project he called “Poetry Monthly”. He selected the poems for Poetry Monthly and read them all on to cassette tapes, together with comments. He offered Poetry Monthly to the BBC for radio in 1980, but the idea did not meet with any enthusiasm.